With federal approval granted last week for COVID-19 vaccines for all children 6 months and older, Illinois and Chicago officials said they encourage all parents to schedule an appointment for their families.

“While thankfully, the youngest children have not seen high rates of severe outcomes as much as older people, since the beginning of the pandemic, 442 children aged 0 to 4 years across the U.S. have died from COVID-19,” she said in a statement. “As always, vaccination is the best protection against severe and tragic outcomes.”

The Illinois Department of Public Health said last week it was working with the Illinois Chapter of the American Academy of Pediatrics to encourage COVID-19 vaccinations for children under 5 years old.

Statewide, Illinois saw a decline in its COVID-19 metrics, though IDPH warned that upcoming holidays could again lead to an increase in viral spread.

The agency reported 27,112 confirmed and probable cases of COVID-19 last week, a 20.3 percent decrease from the prior week. Sixty-eight more Illinoisans died.

As of Thursday, 1,162 Illinoisans were in the hospital with COVID-19, down 26 from Wednesday and down 27 from the prior week.

Of the patients in the hospital, 131 were in intensive care units, up two from Wednesday and up seven from the prior week. Twenty-one percent of Illinois’ ICU beds were available, the same as the prior week.

There were 33 patients on ventilators, down six from Wednesday and up six from the prior week.

Twenty-five Illinois counties are now at a “high” community level of COVID-19, the level at which the Centers for Disease Control and Prevention recommends people mask indoors in public spaces. Thirty-nine counties are at a “medium” risk level.

About 60.6 percent of total doses administered went to white Illinoisans, while 15.3 went to Latinx residents, 11.2 percent to Black residents and 7.2 to Asian residents. About 3 percent went to those identified as “other races” while 2.2 percent are “unknown.”

Numbers were not updated Monday due to Juneteenth. 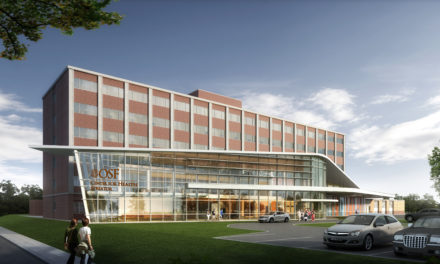 OSF looks to future with transformation of Streator facility 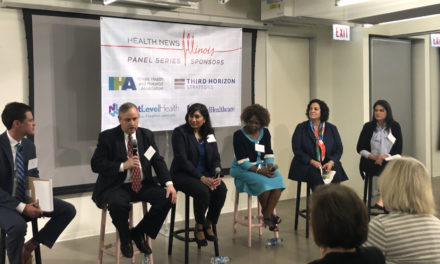