On the record with Brad Considine, director of strategic initiatives for the Alliance to Prevent Legionnaires’ Disease 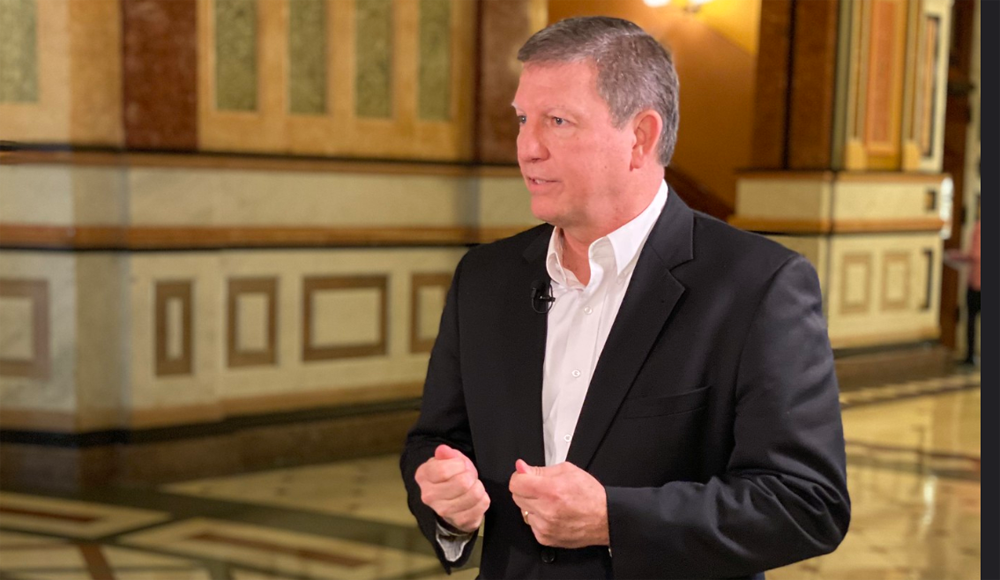 As Illinois lawmakers look to further address Legionnaires’ disease, a Washington DC-based advocacy group recommends they take a “holistic” approach to the issue.

The Alliance to Prevent Legionnaires’ Disease has spoken with state lawmakers about the need for a comprehensive approach that includes increased education, better communication among state agencies, treating source waters and better management of water distribution systems.

According to the state’s Department of Public Health, 569 people survived the disease in Illinois in 2019. Forty-three died from it.

Brad Considine, director of strategic initiatives for the alliance, recently spoke to Health News Illinois in Springfield about the group’s advocacy, how Illinois compares to other states in addressing Legionnaires’ disease and legislation they’re hoping to pass this session.

Edited excerpts are below:

HNI: Tell me more about the association and how it got started.

BC: We formed the alliance to make sure that people could see the issue holistically and understand this really is a source-to-tap issue. And everybody who has some involvement needs to make sure that they’re doing their part. And what was falling out is there wasn’t much discussion about the water supply systems. They were being underlooked and under-focused on. In addition, based on [Centers for Disease Control and Prevention] data, 96 percent of all cases are what they call individual sporadic cases. So what that means is they’re not part of an outbreak. And what we also found is non-outbreak-related cases are being completely overlooked and they are 96 percent of the total. And if you look at the Bronx outbreak, there were cases leading up to the Bronx outbreak that were occurring from December, January, all the way up through July. And then they had a big outbreak. So we’re calling for more attention on the water supply, addressing individual cases as a precursor for understanding what might lead to an outbreak.

HNI: How much public awareness is there on Legionnaires’ disease and how do you address it?

BC: It all depends on the group. One of the things we talk about is the fact that Legionnaires’ is really a complex topic and it cuts across almost every STEM discipline. You go from medicine to engineering to chemistry to public health. All those groups are fantastic groups and they’re impressive people, but their ability to bridge the gaps across other STEM disciplines isn’t really there. There’s nothing that sustains that conversation. And so we’ve made a major push to really keep that conversation going… An outbreak commands attention and response, and we kind of fall back to sleep after an outbreak and we wait for the next outbreak. And that’s what we’ve got to overcome.

HNI: Is Illinois getting any better at addressing this issue?

BC: Illinois, quite honestly, has been one of the better states in not getting myopic as a result of an outbreak where they fixate on a given building and then they want to look for a water exposure point and say, ‘That’s it.’ They have looked at it holistically. If you take (the Quincy veteran’s home), they did try to do a lot of things on the campus and address it. But they ultimately looked at the entire system because it was persistent. And that’s when they made the decision that, quite frankly, the infrastructure is so bad and they’re not even confident in the water source off the Mississippi River. They built a well for the community of Quincy and they built that well for the veterans home and now they have more of a holistic solution. So Illinois updated its water guidelines with the (Illinois Environmental Protection Agency) last year that has a comprehensive approach to managing the water in the water utility systems. It includes increased residual disinfectants to help ensure that water coming into our homes and our buildings is actually disinfected at the point that comes into the building. So Illinois, I think, has been on a pretty good track. But there’s a lot of folks generating new proposals and legislation that go back to outbreaks and over-fixations on buildings that we’re constantly trying to manage. So it’s really a mixed bag.

HNI: That may be surprising to some considering the situation at the Quincy veteran’s home and immediate response.

BC: There’s nobody that’s got a masters on this. This is a problem that’s not been solved. But most of the folks that are trying to solve it by fixating on a specific point of water exposure and not look at it holistically have never had success. And that’s around the world where there have been those policies put in place… But Illinois was already there. When you think about the water guidelines that were introduced, you might think, ‘Boy that was the IEPA doing a great job of reacting to the outbreak in Quincy.’ But that’s actually not how it happened. They were working on these improved water guidelines for six years before the Quincy outbreak. So that’s where I give so much credit to the IEPA.

HNI: What do you think about some of the proposals aimed at combatting this in Illinois?

BC: There’s a few. There’s one bit of rule changing that the Illinois Department of Public Health is looking at on how to better manage water system issues. And we think those kinds of approaches are helpful. There’s another bill that’s being considered where it would reduce the burden on building owners to be able to deploy Legionella control systems in the building. It sounds good for its purpose, but we’re a little concerned that it creates a lot of bureaucracy and a lot of burden to solve that. But there’s a number of things on the table that I think will take it a step further. I would just say that the updated water guidelines that went in last July, I think the enforcement of that would just keep building up.

And I think we’ve got to be a little bit careful about not overregulating and overreacting. I think it will be very interesting to see the impact of the water guidelines. And then what we’d like to see is the state fund more education awareness. We’d love to see the state do more to run programs for building owners on how to develop a water management plan. By the way, that ANSI/ASHRAE Standard 188 was used as a basis for the CDC to develop what they call the Legionella tool kit. So it’s got a broad base of support for its effectiveness, but we’d rather have building owners push to voluntarily adopt these practices rather than try to make that regulatory.

HNI: What else can lawmakers do, at the state and federal levels, to address Legionnaires’ disease?

BC: So in New Jersey, one of the big areas that we advocate for is better communication between the water systems and the consuming public. And the reason that’s important is that a lot of the bacteria and other contaminants can exist throughout the water system and the bacteria can develop in the water distribution system and it develops in what we call biofilm. And biofilm protects a lot of stuff in there and it can be very static with water running through it and not a big issue. But you could have flooding, you could have construction, you could have source well changes, you have changes in the way the water is treated and all of that can disrupt that biofilm and send contaminants down through the water. So I think what we have to try to do – everyone’s uncomfortable because they don’t want to have anybody panicking or be nervous – but to me, it’s like places where they have air quality alerts. We think that there should be much more transparency on what’s going on in the water system so that homeowners and building managers all can understand what’s going on there and then work to try to manage that on their side. That’s critically important for homeowners who are immune-compromised because immune-compromised individuals are the most susceptible to contracting the disease and have a much higher fatality rate. 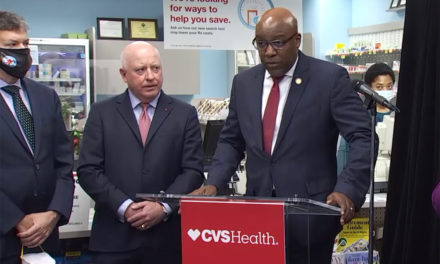 CVS expands use of time-delay safes at all Illinois pharmacies 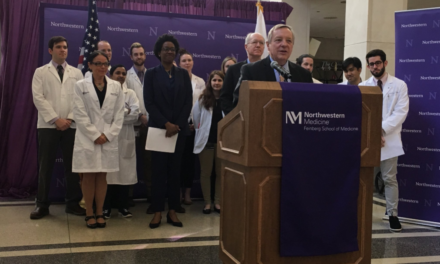