On the record with Dr. Jennifer Seo, Medical Director of the Chicago Department of Public Health’s Bureau of Maternal, Infant, Children and Adolescent Health 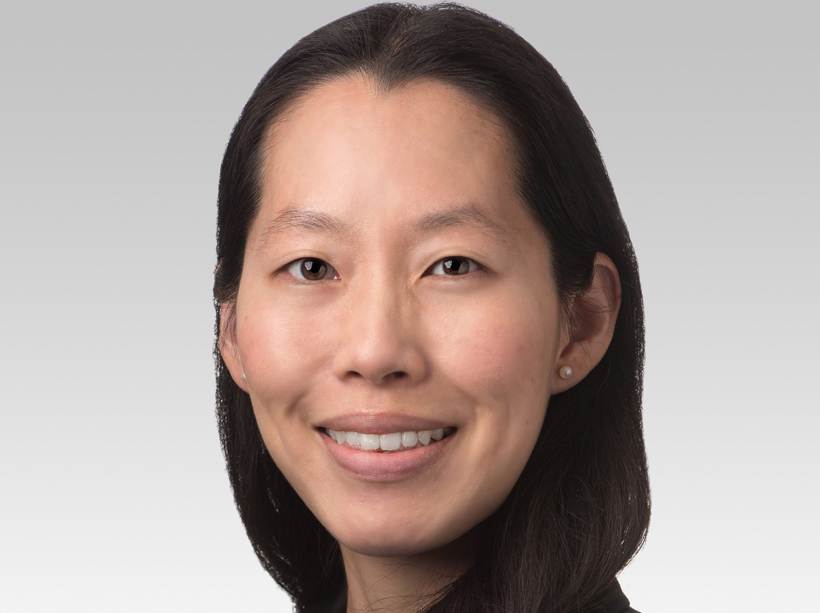 To combat maternal and infant mortality, Chicago’s East Garfield Park neighborhood was recently designated to join the “Best Babies Zone” initiative. The national program, launched in 2012, targets small geographic areas with strong community organizations to help address racial and social inequities in birth outcomes. The East Garfield Park zone will be the first in the city.

African-American infants in Chicago are three times more likely to die before their first birthday than white babies.

Among those helping the rollout is Dr. Jennifer Seo, medical director of the Chicago Department of Public Health’s Bureau of Maternal, Infant, Children and Adolescent Health and member of the initiative’s advisory team.

Seo recently spoke with Health News Illinois about the initiative, addressing racial disparities in infant mortality and possibly growing the program to other Chicago neighborhoods.

HNI: Tell me more about the “Best Babies Zone” initiative?

JS: It’s an initiative that’s housed under CityMatCH, which is a national organization of urban maternal child health leaders. And what they are doing is they are having different cities address infant mortality in a very small geographic region. For some cities, it might be the entire city. For a city the size of Chicago, it literally is one neighborhood. The overall idea of the Best Babies Zone is that while access to prenatal care is vitally important, to address the racial disparities we’re going to have to go beyond the walls of a healthcare entity like a hospital or clinic and start addressing some of the social determinants of health. Housing issues, neighborhood safety, the economic vitality of the neighborhood, employment, education and things like that. So by taking a hyper-local approach, the initiative is ensuring that we are actually addressing the needs and the priorities of the residents. And then also creating projects or interventions within the neighborhood based on what the residents think is important and what they think will work. The big goal of the Best Babies Zone initiative is not only to reduce infant mortality, in our case East Garfield Park, but very specifically to reduce the racial disparities and infant mortality that we see in Chicago. We know that in Chicago, African-American babies are three times more likely to die within the first year of birth than white babies. So we have a lot of work to do there. And the Best Babies Zone initiative is focusing specifically on that racial disparity.

HNI: Why was East Garfield Park chosen as the first zone?

JS: So East Garfield Park, unfortunately, has one of the highest infant mortality rates in the city and certainly higher than many of its neighbors. So it was an area of great need. But the important thing is that East Garfield Park also had strengths. In choosing an area to focus on, the Best Babies Zone initiative really requires you to think about not only the needs but also the strengths of the community. So East Garfield Park has many wonderful birthing hospitals serving the area. Many excellent, federally qualified health centers, clinics, a lot of healthcare providers are working in the neighborhoods. It also has a lot of great community organizations. So longstanding institutions like the Garfield Park Community Council, Marillac St. Vincent, Breakthrough Urban Ministries. There are big partners in the community working to address some of the social needs of the residents.

Also, just in general, there’s a big sense of pride within the East Garfield Park community that we’ve already begun to sense in our advisory team meetings. Many have been there for years. Their families have been there for generations. And despite some of the changes that the neighborhood has gone through over the years, the community has a lot of pride. It’s very invested in improving the health and the well-being and quality of life for everyone in their neighborhood.

HNI: What are some of the biggest issues you’re seeing in East Garfield Park, as well as in Chicago?

JS: The concerning thing, again, is the stark racial disparities that we’re seeing. And this is despite the fact that the west side has all of these healthcare institutions. They have a lot of people dedicated to working on the west side of Chicago. So again, we know that we can’t just focus on what’s happening within the walls of the clinic or a hospital. We really have to go out into the neighborhood and see how we can support the community for the rest of their life as well. East Garfield Park, like the rest of Chicago, has had a lot of out-migration. It used to be an area of strong economic presence. And then just over the years, there’s been a lot of out-migration and people leaving the neighborhood. So we are looking to our community partners to also guide us on how we can revitalize the neighborhood.

This is also taking kind of a life course perspective approach, meaning that the infant’s health and well-being do not start right when they are born. The environment in which they are born matters. The mom’s health and her family’s well-being, not just physical health, but the housing conditions that they’re living in and whether there are safe transportation means, whether the mom and the family have access to a job, an education. All of these are going to affect the health of the infant, and the infant who will hopefully later grow to be a healthy adult. I mean this all starts before birth. So, in order to reduce infant mortality and in particular the racial disparities in infant mortality in East Garfield Park, we really have to ensure that before the baby is even welcomed into the world, that they are going to be welcomed into a safe, economically thriving community. So that’s what we’re focusing on with the Best Babies Zone initiative.

HNI: How do you address social disparities in infant mortality and birth outcomes?

JS: That’s kind of the next step that we as a department will need to take. So we know that the disparities exist but the question is, ‘Why do these disparities exist?’ Because that’s something that we are working on looking into. And then we will have a better idea, we’ll know what kind of interventions we want to do. We want to make sure that any intervention we put our resources into is data-driven. But I think we’ll get a good idea by going into the East Garfield Park neighborhood and really speaking with the residents. We’ll be able to get data that you can’t just get from pulling hospital data or clinic numbers, because we’re going to be going in and actually talking to the residents. So I think we’ll be able to get a sense from them on some of the challenges that they’ve had in ensuring a safe and healthy environment for their infants.

HNI: What are the next steps in this initiative?

JS: So over the past few months we have been working on recruiting and gathering our advisory team. Our advisory team has members from many different sectors. So, of course, from healthcare, because we’re addressing infant mortality but also social services agencies, mother support groups. And these are partners who are working within East Garfield Park. And we do have a few residents who are also community leaders who have joined the advisory team. The next step with the advisory team is to think about how we can engage the community because, at the end of the day, this should be a resident-driven initiative. Whatever project or intervention we decide upon, it should be one that the residents decided on and that the residents identified as being a priority for them. So we want to make sure that we are meaningfully engaging the community. And we also want the East Garfield Park community to know that we’re not going to just go in, do a project and leave. This is supposed to be a long-term, long-sustaining partnership with the community to improve its infant mortality rates.

HNI: How long until priorities are identified?

JS: Starting this spring and going into summer, we’re going to start engaging residents and talking with the residents about what their priorities are in terms of what they want to see improved in their neighborhood first. And once we identify that, we’re going to work with the residents on thinking about a project to improve whatever they see as a big need. And so we envision that happening over the next calendar year.

HNI: What more can policymakers do to help address this issue?

JS: So one of the initiatives the Chicago Department of Public Health launched is a universal postpartum nurse home visiting service called Family Connects. We’re in a pilot mode right now, so we are offering a nurse home visit to every single family who is welcoming a newborn. This ensures that our nurses are going in and will actually look at home environments, make sure that they’re safe, do a health assessment, of course, but also do a really in-depth social needs assessment and connect families to resources. So in terms of how policymakers can help, I think just investing in initiatives like Family Connects or investing in neighborhoods. I think those are really crucial ways that policymakers can help. I think they can also help us to raise awareness of the issue by championing initiatives that are trying to address infant mortality, in particular, racial disparities. Any support and attention from policymakers will only help us in the work that we’re doing. 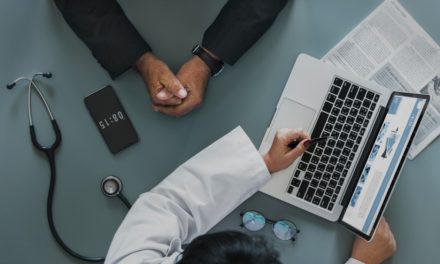 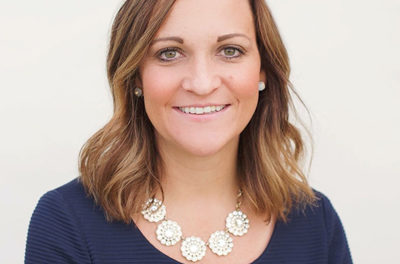 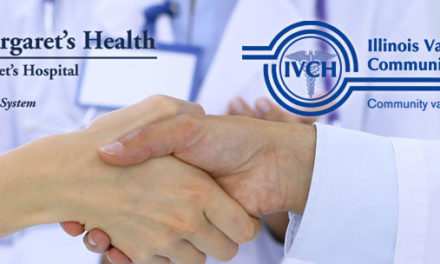 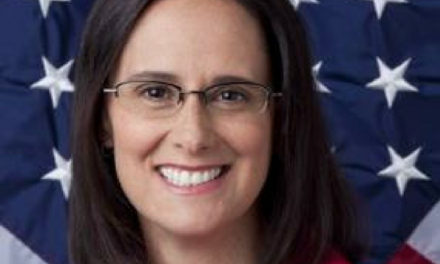