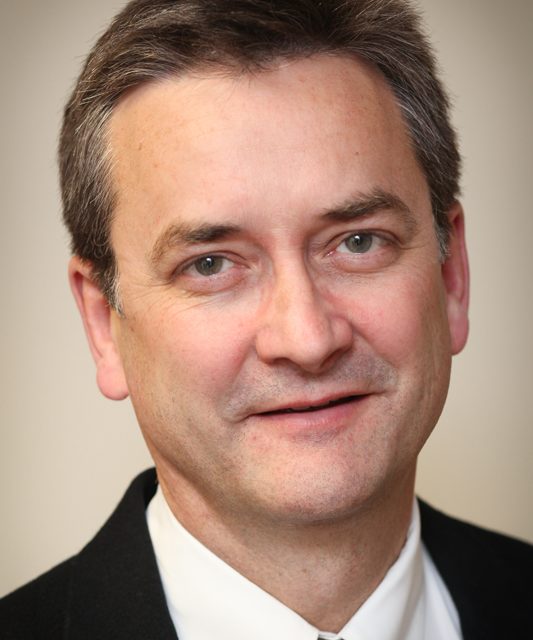 CountyCare Health Plan not only asks its new members questions about their past medical history – they also screen them for the social determinants of health.

It’s among the ways that Cook County Health and Hospitals System, which owns CountyCare, is increasing its focus on factors outside the walls of their hospitals that impact patients’ overall health.

“As a physician, one of the things that you learn, unfortunately late in life, is the impact that physicians and the healthcare system have on people’s health status is pretty limited,” CEO Dr. Jay Shannon said. “It’s critically important, but it’s a modest contributing factor to somebody’s longevity and to the overall quality of life. Health behaviors and social determinants of health are much more powerful predictors of how a person’s going to do in the long run.”

In a recent interview with Health News Illinois, Shannon talked about what the system is doing to address these factors, U.S. Sen. Dick Durbin’s neighborhood initiative and why he attended a Washington D.C. rally earlier this year in support of tighter gun control.

HNI: What social determinants of health are you most focused on?

JS: The two biggest ones that we see affecting the population we serve are around housing and around food insecurity. When we’ve looked at the [Affordable Care Act] Medicaid expansion population, about one in five of them is housing insecure.

They don’t know from today to next month where they’re going to be living. And when we screen the people that we take care of in primary care, what we find is that about a quarter of the individuals and their families are food insecure. So you can do all the work that you want on their high blood pressure and diabetes and other pieces like that. But if they don’t have a place to stay and they can’t eat at the end of the month because they don’t have any money leftover from whatever they’re getting by on, you’re never going to make improvements in health.

HNI: What are some of the steps you are taking to address these factors?

JS: We routinely screen people for food insecurity. It’s essentially identifying which people at the end of the month are making decisions between utilities, rent and food. For those individuals that screen positive, we then assist them with getting applications for SNAP benefits. We give them information about food pantries in the neighborhood.

On a regular basis, food trucks from the Greater Chicago Food Depository come to our actual health centers. Individuals then can walk in the front of the truck. They walk out the back of the truck with about 20 pounds of produce on average. And by doing that, we’ve been able to impact about 60,000 adults who are food insecure in the Chicagoland area. And we think that that’s going to have a very, very meaningful impact for those individuals. But we know that we’re not reaching out to everybody yet. So we need to continue to refine that kind of activity and do more, frankly, in that regard.

HNI: What about housing?

JS: Technically you’re not supposed to be using Medicaid dollars for housing, but what we can do is we can partner with housing agencies and we can identify people who are at high risk for a bad outcome because of housing instability. And then if we can partner with them or philanthropic organizations that will take care of the housing part, we then provide the wraparound services with healthcare, care management, transportation to and from appointments and so on. These things turn out to be very important because you won’t be surprised to hear that housing and a couple of other conditions go hand in hand. Much more frequently you see people who have behavioral health problems and substance use disorders.

HNI: In March, you traveled with a delegation from Cook County to the March for Our Lives protest in Washington D.C. Why is a health system CEO taking part in a rally against guns?

JS: I’ve been the CEO for four years and that included the horrific escalation that we saw in 2016 of gun violence. Things settled down a little bit in 2017, but we’re still on average seeing two to three gunshot victims a day at Stroger [Hospital]. So it is far and away the busiest of the level one trauma centers in Illinois as it relates to gun violence. And so it’s kind of in our face every day. You’d be completely out of it if you didn’t recognize how big an issue that is for us.

So we went to the march to support, first of all, the efforts that were being really catalyzed by the young people coming out of the tragic shooting in Parkland, Fla. And one of the pieces of wisdom that they had was while the country has seen these spasms of mass casualties, they recognize that those spasms are dwarfed when you look at the day in and day out issues of gun violence, particularly in urban centers across the country.

If you go to most urban trauma centers, what they see is a lot of car accidents and people falling. And a small amount of so-called penetrating trauma – that’s the knife and gun business. With our center, it’s flipped. So we see a significant amount of gunshot victims and other kinds of assault victims and a more modest amount of the vehicular trauma and things like that. That wears people out.

The people who work in our trauma center, a lot of them live in the very communities where this is coming from. And in fact we’ve done an analysis that shows that if you map back to an individual gunshot victim who comes to our hospital and you go back to their neighborhood, a couple of weeks later there’s a predictable spike of people coming in, particularly elderly people coming into our emergency room, with complaints related to anxiety, depression, substance use. Now, is that a direct causal link? We don’t know. But we are clearly recognizing the phenomenon and it’s understandable. When you see a gunshot victim, it’s usually not a victim. It’s a family that’s traumatized. It’s their friend network that’s traumatized. And it’s their whole community that is traumatized. And so we’re trying to say that if you can do things that will stem gun violence, you’re likely to see improvements not only in young people who are allowed to be older people, but also you see improvements in health in those communities.

HNI: Cook County is among several Chicago area health systems taking part in an initiative spearheaded by U.S. Sen. Dick Durbin, D-Ill,, aimed at improving overall health in the city’s most underserved neighborhoods. Why are you taking part in this?

JS: We were invited, along with nine other healthcare systems in Chicago, in the early part of the year by Sen. Durbin. First, what he wanted to do was to hear ideas that we had about what do you think is causing this? What do you think is driving this? And not surprisingly, what organizations all came to the same conclusion about was the same challenge that gun violence is concentrated in some 17 or 18 neighborhoods in Chicago.

And so what these groups are trying to do is be more sensitive to the trauma that happens to individuals who live in these communities and be a system that recognizes it and deals with that – and just doesn’t say that that’s enough about your home life problems, we’re really here to talk about your blood pressure.

So trauma-informed care is a big part of that, recognizing that these institutions have a significant presence, and purchasing and economic power. So whether it’s around procurement or hiring, there are opportunities to make a conscious decision to invest or direct resources to those neighborhoods, wherever you can. If you’ve got jobs, training programs or if you’ve got hiring fairs, try to lift up these communities. Oftentimes, they’re way off the chart when you talk about unemployment compared to a national or a state average. So by focusing on hiring, by focusing purchasing where possible in those neighborhoods, you can start to infuse some dollars into those neighborhoods.

And then there are a whole variety of other things that can also work in alignment with these strategies. They might be around partner institutions that you develop, maybe with a technical school or a high school in that area. And maybe you can build a linkage through career pathways within your system. Maybe there are things that you can do by focusing your community health needs dollars as an organization. Instead of spreading them out all over the place, we’re going to focus on these neighborhoods that seem to be hurting the most. And again, that’s not just putting dollars in a bag on a lamppost. It’s usually through initiatives and programs that you do on a neighborhood basis.

So those are the ideas on how these 10 institutions can have a positive impact, not just on gun victims and family members that are suffering the post-traumatic stress of a gun victim and their family, but actually trying to heal the communities by making them more robust and by bringing out the resilience. 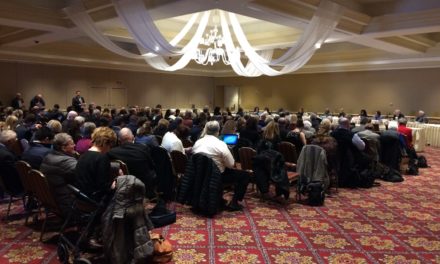 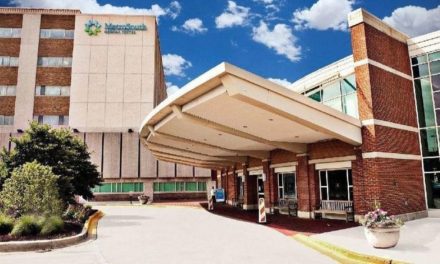 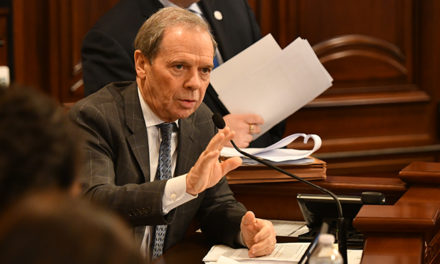